Professor Broderick was previously Chief Executive Officer at Newcastle University London and has held Chairs in International Business and Marketing at multiple institutions in the UK, and Visiting Chairs internationally. She has a strong leadership track record and rare insight into a cross-section of strategic groupings of Universities.

Before moving to Newcastle University, she was Pro-Vice Chancellor (International Priorities) and founding Executive Dean of the College of Business & Law, University of Salford; Principal of St. Cuthbert's Society (a Durham University College) and Deputy Dean of Durham Business School. She also led the development of the disruptive 'challenger institution' - University Academy 92, founded by the Class of '92 and Lancaster University and launched in September 2017.

An award-winning researcher, her expertise lies in the fields of international business, marketing psychology and strategic communications with particular application to the digital and social business agendas. Her research has appeared in many leading business journals and she has authored two seminal texts in her field.

Professor Broderick provides strategic and academic leadership for the University, with overall responsibility for 1,300 members of staff and 17,000 students, spread across campuses in London Docklands and Stratford. 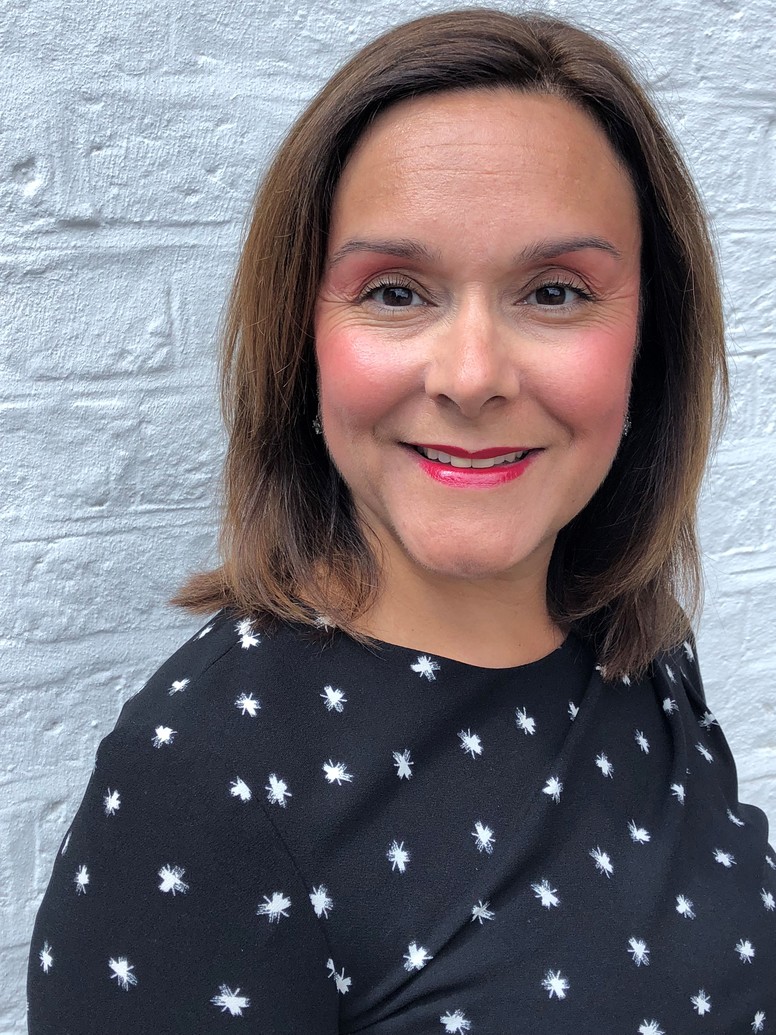 Dean Curtis joined University of East London as Chief Finance Officer in February 2018. His responsibilities include ensuring financial viability of the University as well as the management of the finance, estates, information technology and sports functions.

Dean is a qualified chartered public finance accountant. He commenced his career in local government on a Youth Training Scheme before becoming a trainee accountant and qualifying in the National Health Service.

During his time at the NHS he was the Director of Finance of three London NHS Trusts and worked for the NHS Executive appraising substantial investment cases for new hospital developments, most notably at Saint Bartholomew's and Royal London Hospitals.

In 2000, he joined Queen Mary, University of London, as Director of Finance and Planning before becoming the Chief Administrative Officer in 2007.

In 2012, he was appointed Chief Strategy Officer, concentrating on implementing transnational education projects in China and Malta and on a distance-learning platform. He also led on ensuring local planning policy on the redevelopment of Whitechapel supported the implementation of a life science strategy. Professor Hassan Abdalla joined University of East London in 2011 as Dean of the School of Architecture, Computing and Engineering. He has more than 20 years of experience in both academia and industry.

From 2009 to 2011, Hassan was Dean of  College of Design at the University of Sharjah. Prior to that, he was Head of the Leicester School of Architecture and Spatial Design at De Montfort University Leicester.

He is an international authority in the fields of sustainability, smart/future cities, engineering design, Artificial Intelligence in design and factories of the future.  He is a Fellow of the Royal Society for the Encouragement of Arts, Manufacture and Commerce; Fellow of the Institute of Mechanical Engineers; and Principal Fellow of the Higher Education Academy. He was appointed by the Higher Education Funding Council for England (HEFCE) as an academic assessor for TEF2 and more recently as a TEF panel member for TEF3.

He is the author and co-author of over 100 papers published in high-impact journals and conferences worldwide. He has secured several millions of pounds for research projects from the European Union, Engineering and Physical Sciences Research Council (EPSRC) and industry. Most recently, he was the EU coordinator for the FP7 'Pan-European Data Centre Academy' project jointly with 12 companies and universities from across Europe. He is currently leading cutting-edge research jointly with Ford Motor Company and IBM.  Hassan also serves on the Advisory Professorial Board of several universities overseas.  For further information, please see Hassan's staff profile. 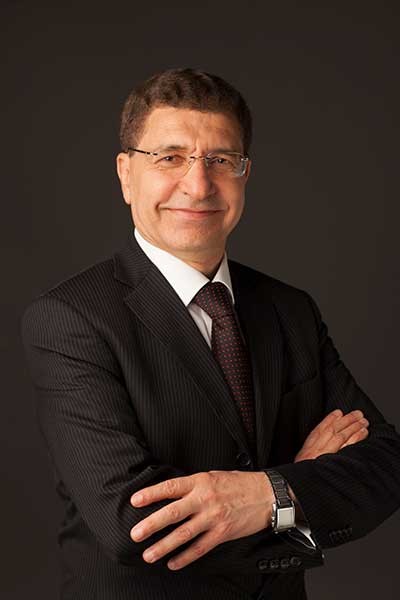 Julia Davidson OBE, PhD (LSE) is Professor of criminology. She is one of the UK's foremost experts on policy and practice in the area of cybercrime, online safety and internet regulation. She is Chair of the UK Council for Internet Safety (UKCIS) Evidence Group and a Member of the UKCIS Executive Board, providing expert advice to Ministers. Prof Davidson also provides expert advice to international and national organisations such as the Technology Coalition, UNICEF, the US Sentencing Commission, and the UN ITU, the Home Office, DCMS, she is a member of the Europol EC3 Expert Academic Advisory Group and a Member of the Advisory Board of the ICC Hague Justice Portal. She has directed a considerable amount of national and international research spanning 35 years and is currently co-leading an H2020 project exploring the human and technical drivers of cybercrime and has recently directed research for OFCOM to underpin VSP guidance in the context of the forthcoming UK online safety legislation.

She has also acted as an advisor on child internet safety and children online to governments and practitioners in the MENA region, South America and has worked with the Bahrain Government and the Rwandan Government to develop a child online protection policy. She has been awarded a substantial amount of research funding over the last ten years from funders including the ESRC, the EU (Safer Internet, EC ISEC and H2020), Home Office, DCMS, Charities and NGOs. She was awarded an OBE in the Queen's Birthday Honours in 2020 for services to Internet Safety.

Professor Davidson has worked with the media since 2003 working on live and recorded interviews for the BBC News, BBC World News, ITV, C4, BBC R4 News , BBC R4 Woman's Hour. She has also worked on documentaries and has published widely in the cybercrime and Internet safety area, she has written six books and many academic articles. She has a PhD in Criminal Justice Policy from the London School of Economics and Political Science and was made Honorary Research Fellow at Royal Holloway University of London in May 2010, Adjunct Professor at Queensland University of Technology in 2014 and she is a Fellow of the UK Higher Education Academy. Dr. Paul Marshall took up the role of Pro-Vice-Chancellor (Careers and Enterprise) in May 2019. Paul champions, develops and leads the delivery of the University's Vision 2028 'Future Professional' strategic objective. The vision will address industry and community skills gaps and deliver an increase in the diversity and inclusion of those 'employment prepared', and the co-production (with industry) of a 'showcase' skills gap solution.

A graduate of the University of Sussex (PhD, MA, BA (Hons)), he has 25 years' experience of working in the higher education sector, most recently serving for five years as a Board member of UPP, the UK's largest provider of campus student accommodation and specialist residential services.

He previously served as Chief Executive of the Chartered Association of Business Schools and the Executive Director of the 1994 Group of Universities.  Paul has held numerous advisory positions within the UK Government.  In 2013, he engaged the support of the Prime Minister's Advisory on Enterprise, Lord Young of Graffham, to establish the Small Business Charter.

Paul is a Fellow of the Royal Society of the Arts and the Institute of Directors and a former judge of the Times Higher Awards. In 2018 he was appointed by Kirsty Williams, AM, Cabinet Member for Education, Welsh Government, to the inaugural Board of the National Academy for Educational Leadership, Wales.  He is a member of the Universities UK International Transnational Education Advisory Board, and the Strategic Advisory Board of the Loughborough University, School of Business and Economics. Ian Pickup is Pro Vice Chancellor (Education & Experience) and Chief Operating Officer, with responsibility for the leadership, development and effective delivery of the student experience. Prior to joining UEL in April 2019, Ian was Deputy COO (Student and Academic Experience) at SOAS University of London and previous roles include Head of the Student Experience at University College Cork, Ireland, and Director of Student Affairs at the University of Roehampton.

Ian holds a PhD in Education from the University of Roehampton, where he also worked as a Principal Lecturer, becoming a National Teaching Fellow of the Higher Education Academy in 2007 in recognition of his sector-leading work in physical education. He contributed to a range of national and international initiatives, including being the UK partner in an EU-funded project relating to early years teacher education across 5 countries. Ian also worked with international agencies to support practitioners to use sport as a tool for social cohesion and community development in post disaster contexts.

A qualified teacher and coach, Ian has authored key texts to support teacher education, and is a passionate advocate for the educational and social benefits of high quality and inclusive sport and physical activity. Ian currently chairs the East London Global Sport Strategy Board, and is a Trustee of the East London-based London Youth Rowing charity. Ian was among the first wave of professional rugby players with the Harlequins Rugby Club in the mid-1990s, and was a coach within the Harlequins Academy from 2000-2002. Jim Benson joined University of East London as University Secretary in June 2020. His responsibilities include governance, legal services and the full range of compliance activities.

Jim has spent over 30 years in higher education which has included being a Students' Union President, a civil servant as an advisor on the approval of teacher training, Head of Registry and Head of Student Services at London South Bank University. He took a break from higher education to lead the review of higher specialist training at the three Royal Colleges of Physicians between 1998 and 2007.

In 2018, after 11 years as University Secretary at Brunel University, he took the opportunity to undertake relief work in Africa, and social inclusion work in the UK-the latter as a Trustee at the Rio Ferdinand Foundation. Prior to joining UEL Jim was engaged by the LSE to recruit and train a new governance team and also led governance work at the Faculty of Pharmaceutical Medicine, the Worshipful Company of Apothecaries, Ravensbourne University, and Rose Bruford College.

Jim holds a BA in Social Science from Goldsmiths’ University of London and several legal and governance qualifications. He is a qualified arbitrator and mediator from the Chartered Institute of Arbitrators and CEDR respectively. Vanessa has had experience in transforming organisations, developing and implementing strategic plans in established and start-up environments and extensive international experience with a global outlook and managing a matrix of key stakeholders.

Before joining the University of East London, Vanessa was Director of External Relations at the Newcastle University London, launching the London campus. Before that she was Head of the International Office at the University of West London following several appointments in a range of higher education institutions and service industries, including in China.

Vanessa is a keen advocate for Equality, Diversity and Inclusion and the power of physical activity and sport. She is also the Executive Sponsor for the UEL LGBTQ+ staff network. 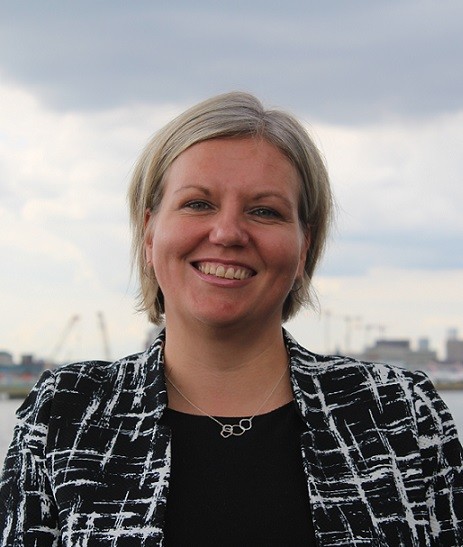