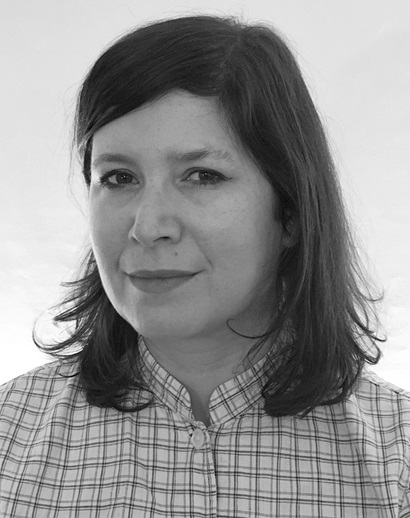 Sharone Lifschitz is an award-winning artist and filmmaker.

Her work in moving image, urban interventions and text based objects play at the interaction of the ephemeralities of experience, encounter and conversations and the concreteness of architecture, networks and public space.

She is the Module Leader for "Fine Art Practice: Studio, Seminar & Degree Show." She supports students working with live art and media within fine art and deliver the live art elective to fine art students in level four.

Sharone Lifschitz is an award-winning artist and filmmaker. Her work in moving image, urban interventions and text based objects play at the interaction of the ephemeralities of experience, encounter and conversations and the concreteness of architecture, networks and public space. Her work emerges from lived experience and chance encounters to trace the shape of collective and personal memory in everyday occurrences. Many of her projects started with placing ads in newspapers or by traveling by train without a fixed destination for extended periods, allowing her to use the train as a home.

Her latest film The Visitor (2019), is a major collaboration with Pritzker Prize-winning Chinese architect Wang Shu. it was supported by The Architectural Association, the Ostrovsky Family Film Fund, Art Council England, and The Elephant Trust. In 2014, Lifschitz’s work was the subject of a major survey show at the Jewish Museum Munich. She has had a solo show at the Jewish Museum in New York City and has been included in shows at the Royal Academy of Art, London; Wroclaw Contemporary Museum, Wroclaw; Haifa Museum of Art, Haifa; Weltmuseum, Vienna; Kunsthaus Dresden; Beit Hagefen Arab-Jewish Cultural Centre, Haifa; Red Line, Beer Sheva; Musée d'Histoire de la Ville de Luxembourg, Luxembourg CIty; The Soap Factory, Minneapolis; and House of World Cultures, Berlin.

In 2007, "Speaking Germany" was her winning entry in the international competition for the inaugural commission for QUIVID (Munich’s Art Program for Public Buildings) and the Jewish Museum Munich. The permanent part of her winning project can be seen on the external glass walls of the Museum in St. Jacobs Platz, Munich. Lifschitz received the 2010 Adi Foundation Prize in association with the Israel Museum. Her works are included in the collections of the Lenbachhaus Munich; the Jewish Museum Munich; the Great Eastern Hotel, London; and the Jewish Museum NYC, as well as in private collections.

Lifschitz trained as an architect at the Architectural Association, London, and the Cooper Union, New York. In 2002, she completed her MA in Fine Art at Central St. Martins. In 2017, she completed her PhD at the University of East London.

2019 | HD Video | 29'58"
In 2004, on the periphery of the city of Ningbo, about 30 villages some hundreds of year old, were eradicated to make way for the new district of Yinzhou. In 2006, in the newly created Yinzhou Park, Wang Shu and Lu Wenyu opened Five Scattered Houses an early poetic architectural project. In 2008 they opened their seminal building - Ningbo Museum of History built from debris of the destroyed villages. In 2012 Wang Shu won the the Prizker Prize. In 2017 when the visitor visited Ningbo and met with Wang Shu, Yinzhou district was home to over 1.3 million people. In the 2040’s, the visitor reflects back on her visit all those years ago and her conversation with Wang Shu.

The Visitor (2019) offers a reading of the museum’s presence, as providing an unofficial memorial to China’s colossal peacetime destruction. The film’s starting point is a visit to Ningbo Museum of History and several conversations with Wang Shu. The film builds a non-linear narrative, that portrays the museum from conception to its imagined future. It negotiates personal and collective memory against the daily movement and rituals of the museum’s visitors and workers; memory’s physical embodiment into the building’s fabric; our expectation of architectural permanence and the all-consuming, relentless process of destruction and rebirth that underpins much of China’s urbanscape, economy and state of mind.

In early April 2010, the artist placed an advertisement in several Northern Irish newspapers: “Israeli woman visiting Belfast would like to meet people for advice about sharing a country.” One respondent was

Raymond McCord, a Protestant, whose son was murdered by members of a Protestant militia during the conflict in Northern Ireland. A year after their initial meetings, McCord took the artist in his car to see the locations where his story is played out. The video was shot by the artist with a handheld camera from the passenger seat.

In June 2004, Sharone Lifschitz won the international competition initiated by the City of Munich to create an artwork for the inauguration of the Jewish Museum Munich. Chantal Akerman and Ken Lum were also on the list of 10 artists who were invited to submit proposals. With this started a collaboration between the Jewish Museum, the City of Munich and the artist that unfolded in several projects for over a decade. Together, these projects, as well as Sleeping Germany, form an enquiry into the nature of encounter, personal and collective memory, trauma and public space. The works redefine the discourse of memory in public space as not only the memory of those who experienced the events, but also the generations of German people (in the most expanded definition of the term) who carried their own body of personal, familial and collective memories, emotions and experiences in relation to those events.

Sleeping Germany (2000-02) and Speaking Germany (2004-08) do not refer directly to the atrocities of the Third Reich. Instead, both projects attempt to find out what is actually remembered by individuals and to trace the ways in which Germans relate to their past. The projects consciously move away from the weighty physicality of absence used in the Counter-Monument movement, into the dialogical mundanity of human exchanges, and the rereading of memory and trauma within public spaces through personal encounters.

Memorial as Parasite (2008) then builds upon the notion of the presence of absence in a more direct way. If I Were to Forget You (2014)  then attempts to create a film that functioned as an urban monument by tracing, through conversations, the absence of four Jews who grew up in Munich but who left Germany in the 1930s. In the resulting film, their memories surface over images from the contemporary, rebuilt post-war City of Munich.

The BA Fine Art offers  a dynamic and interdisciplinary learning  creative  environment  that can lead to a career path in the creative industries.