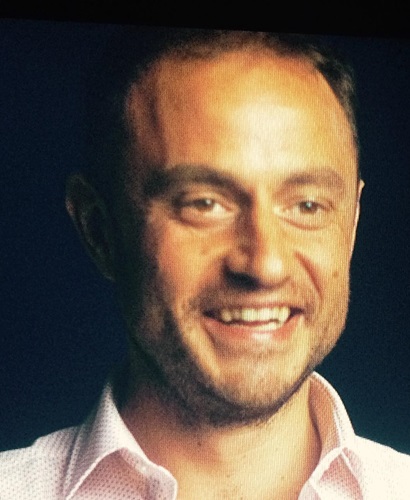 Sam's research examines how stress and emotional arousal influence concentration and learning capacities during early childhood. At UEL, he is the leader of the BabyDevLab and the Developmental Group.

I am a developmental cognitive neuroscientist who leads the BabyDevLab at the University of East London.

I am also active in running training for Early Years practitioners, and as a media spokesperson with expertise in early childhood.

Sam Wass gained a first-class undergraduate degree in Experimental Psychology at Oxford University. He spent his twenties working as an opera director, in opera houses in London, Glyndebourne, Berlin, Vienna, Bregenz, Geneva and others, before returning to academia. He did his PhD at the , Birkbeck, and his postdoctoral research in Cambridge, at the Medical Research Council Cognition and Brain Sciences Unit. He is currently leader of the BabyDevLab at the University of East London.

In addition, Sam is very active in the public communication of science. He appears regularly as an early years expert on the BBC, ITV, Channel 4 and Sky television channels and on all the UK's radio channels and newspapers. He acted as a media spokesperson for public campaigns for the Department of Education, Public Health England, Save the Children, LEGO, Nickelodeon and more.

He also appeared as a psychologist in the multi-award Channel 4 series The Secret Life of 4-, 5- and 6-Year-Olds, produced by Teresa Watkins for RDF Television, supported by the Wellcome Trust.

How stress influences attention and learning in children

My research has investigated relationships between physiological stress and early attention and learning. Recently, I have been working on new techniques to model how children's stress states spontaneously fluctuate in real-world naturalistic settings.

How children's stress, attention and learning are influenced by people around them

I investigate how stress and attention emerge as shared states during parent-child interaction by recording brain activity and physiology in parents and children concurrently during free-flowing interactions.

How children's stress, attention and learning are influenced by their environment.

These papers examine how noisy and unpredictable early-life environments can affect the early development of cognitive and affective control.

The research evaluates the use of gaze-contingent attention training paradigms in infants.

Attention and stress in atypical children

In addition to examining the relationship between physiological stress and attention in typical children, we also study atypical populations, such as children with ADHD and Rett Syndrome.

More details about Sam's current research projects can be found on the UEL BabyDevLab website.

I am always happy to receive research proposals from students in any of my areas of interest.

Sam is very active in the public communication of science. He appears regularly as an early years expert on television (BBC, ITV, Channel 4, Sky) and radio (all channels), and in all national newspapers.

He has acted as media spokesperson for public campaigns by the Department of Education, Public Health England, Save the Children, Lego, Nickelodeon, and more. He also appeared as one of the psychologists in the multi-award-winning Channel 4 series The Secret Life of 4-, 5- and 6-Year-Olds, produced by Teresa Watkins for RDF Television and supported by the Wellcome Trust.